A home’s roof is a defining aesthetic feature of the structure. It’s also a crucial functional component, protecting the living space from the elements. While dozens of different roof shapes exist, you might notice just a few different styles, or shapes, on the homes. Gable, hip, and flat roofs are the most popular roof designs in Florida. But does it really matter? Yes, and we’ll go over why.

Flat roofs have a long history all over the world, partly because they’re so simple to build. They also lend themselves to both traditional and contemporary architectural styles, both of which are plentiful all over Florida. “Coastal contemporary” is the name given to the newer architectural style that graces so many posh new homes. Modern and postmodern designs will often use flat roofs as well.

As flat roofs are typically not visible from the ground, the home’s facade is dominated by the main mass of the building. Architects tend to love this approach, though classic styles of architecture such as Spanish Colonial also used flat roofs liberally. Sometimes flat roofs are combined with a pitched roof for different spaces of the home. This approach creates a variety of roof types in one building.

Benefits of flat roofs include their simplicity of construction, as we mentioned, as well as their efficient use of materials. There’s only one roof plane, in contrast to the two planes in a gable roof and four planes in a hip roof. That means less raw material is needed to build the roof. That also makes flat roofs relatively cost effective.

Flat roofs certainly do present a clean aesthetic choice, and they also provide space for mechanical equipment. Air conditioning hardware and solar panels often end up on a flat roof if there’s room. If your home has a flat roof, installing solar panels and making some or all of the electricity you use can pay off in just a few years. Generally, it’s much easier for a contractor to install solar panels on a flat roof than any other type of roof. That ease of installation will show up as a lower cost for installation.

One of the keys to building a flat roof properly, though, is to ensure that it’s not flat. Building the roof so it has a slight slope of about 1:12 will help to avoid the major drawback of flat roofs: water damage. Without a robust pitch, there’s more opportunity for water to pool and eventually to leak through into the structure of the home. Any leaks can cause serious damage over time.

Also, flat roofs in good condition can handle our severe weather handily, but usually won’t last as long as a top-notch pitched roof with either metal or tile roofing. There is a benefit to more pitch in shedding water, as well as using more-durable materials like metal and tile that can’t be used on a flat roof.

The A-frame gable roof shape is common around most of the U.S. It’s easy to build and sheds rain, snow, and debris quite well. It’s not as efficient in material usage as a flat roof, but because of its simplicity, builders can construct a gable roof quickly. They can then get the final roofing material installed and have the roof weatherproof in a short time. Gable roofs are also amenable to your adding solar panels, depending on the orientation of the roof to the sun.

Gable roofs are also easy and fast to complete with your choice of roofing material. Asphalt shingles are the typical choice, but metal sheets, metal tiles, clay tiles, and concrete tiles are all compatible with gable roofs.

Gable roofs, though, are not recommended in areas prone to high winds. The vertical facade presents a lot of surface area to the wind, which can result in damage to and even complete destruction of the roof. Gable roofs, also, are not as strong and stable as hip roofs. The ridge is the most-robust part of a gable roof, but it runs in just one direction, so the gable ends require sturdy bracing to create a strong and monolithic structure.

A hip roof is really just a four-sided gable roof. But in contrast to gable roofs, hip roofs tend to perform well in areas with high winds. They often use a lower slope, but even at the same roof slope as a gable roof, a hip roof’s four sloped sides perform better. They don’t present that massive vertical facade on two ends that readily catches the wind, as with a gable roof.

The four planes of a hip roof also work together to create a super-strong and internally braced monolithic structure. A hip roof needs less internal bracing than a comparable gable roof, as those roof planes are all joined as the framing is constructed.

Hip roofs are more complex to build than other roof styles, though, meaning the framing crew needs to know what they’re doing. The added complexity will usually result in a higher finished cost to cover the same square footage. The top roofing layer, whether it’s asphalt shingles or metal or tiles, will also cost more on a hip roof than on a gable roof. The hips, where two planes meet at an angle, need to be treated in a very specific way to avoid leaks. You’ll appreciate having an experienced roofer on the job.

Finally, hip roofs will offer less area for solar panels than a gable roof for the same square footage of house. The surface area of any roof type is limited to those areas that are adequately oriented to the sun. Adding two more sloped portions removes some of the surface area that could be used for solar panels. Overall, though, it’s a wise tradeoff to go with the strongest roof structure you can get.

We’re Here When You Need Us

Does your home have one of these popular roof designs? Give us a call at 813-373-9088 if you’d like to talk about replacing your roof. Our team has more than 40 years of experience in roofing. You can also use this form and ask us, “what’s the cost to replace my roof?” Then we will contact you.

Who is the best roofing contractor in Tampa? 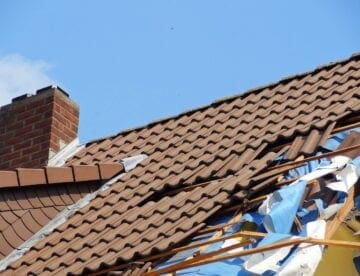 What is Flashing on the Roof and How Does it Work? 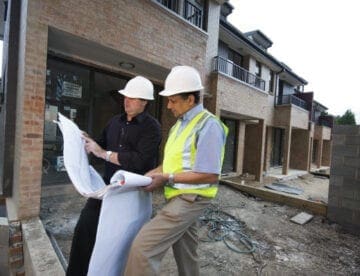 What is the Role of an Architect?